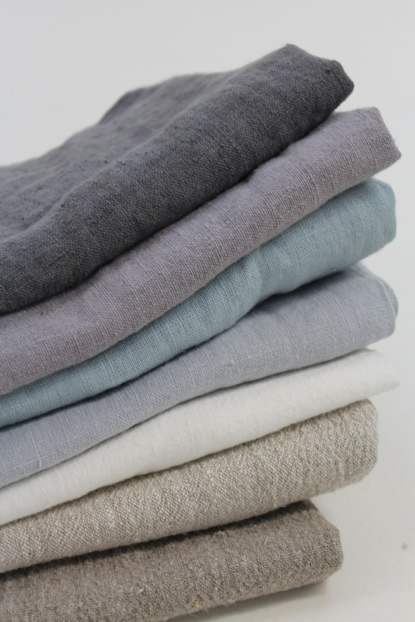 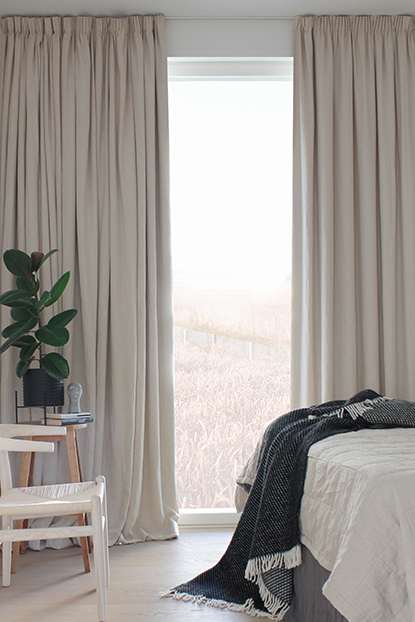 Ordering bespoke linen curtains and roman blinds is easy and the result is guaranteed to be high quality craftmanship, fabulous and long-lasting. Get the price instantly for your curtains. Order curtains suitable for your home decor - all online. All our curtains are made in the UK. 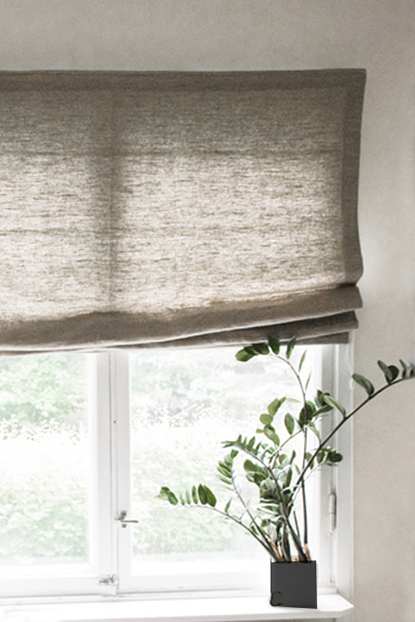 Order Online Bespoke Gorgeous Linen Roman Blinds. Our roman blinds are made of hard wearing components which compliment our craftmanship and attention to detail when making the perfect and beautiful blinds for you. 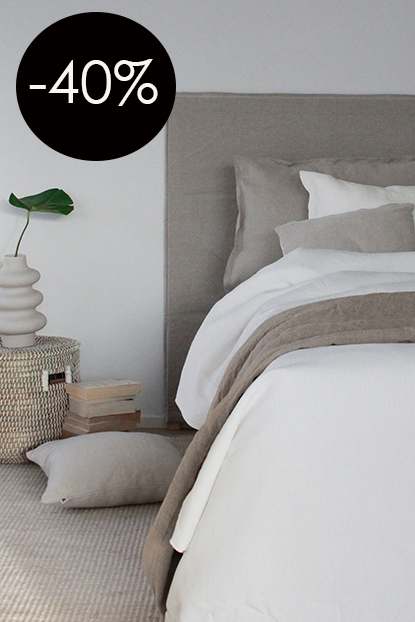 Have you ever slept in natural linen bedding ? If not - you do not know what you are missing. our bedding is stone washed which makes it extra smooth and gives your bedroom a stylish and relaxed look.

Ada Ina's Linen Curtain Fabric Online store offers a collection of 100% natural fabrics, curtains and blinds for great prices online. The look of linen fabric is unique and different from other fabrics, which makes it the perfect choice for curtain fabric.

Ada & Ina Online Store has a collection of over 1000 curtain and upholstery fabrics. We love natural fibres and the beauty of them. We want to say goodbye to all nasty man-made fibres and offer only natural fabrics for curtains loose covers and upholstery.

Why not have a look at our fabulous new prints like Else, Rune, Olinka, Siranda and Poplar! We hope you'll like them!

We are continuing with improvements on website. Please let us know if you have any suggestions and we'll look into it!

You do not want to settle for anything less than perfect when it comes to choosing furnishings for your house. Ada & Ina knows how to give that magical look and cosy feel to each corner of your house with our designer 100% natural curtains, linen upholstery fabrics, curtain fabrics, and linen blinds. We have sourced 100% natural designer fabrics for our fabrics collection, with curtain fabrics, upholstery fabrics, bed linen and accessories. Our fabrics are sourced from the best factories so you can buy fabric, linen bedding, roman blinds and curtains easily online. Many of Ada & Ina fabrics are Oeko-tex® Standard 100 certified.

What our lovely customers say

"thank you so much I am thrilled with my curtains. I will take a better picture when the sun is out! Anyway they are beautiful quality and made perfectly " -Lorraine, August 2021

"Hi All! Just wanted to thank you for my beautiful curtains - they look wonderful in my bedroom and they are so beautifully made! I’ve never ordered curtains online before - so was a bit nervous especially with the measurements etc - but they are perfect! Exceeded my expectations in every way! A million thanks!" -Susie, July 2021

"Hi just to say my curtains arrived and they’re fantastic! I’m so pleased with the quality of fabric and work that went into them! Thank you." - Jan

"Hi! My order arrived this morning and has exceeded my expectations! Thank you so much! - Caroline

"Received my FABULOUS order today and can’t wait to slip under that duvet cover tonight. Love the product hoping to do more business with you shortly." - Ann

"I just wanted to thank you for the curtains I ordered recently - they look beautiful and are so well made. Better quality at a better price than I have found elsewhere." - Jane

"I just received the curtains and I actually covered my mouth in awe. They are perfection. Thank you for your patience throughout the process." - Karen

"I have been purchasing bed linens for many years now and have never before been so ultimately pleased with a product! Given a magic wand, I would bestow one of your duvet covers on everyone near and far! The linen is so soft to the touch! It’s lovely to look and and has made the bed luxurious to crawl into and a pleasure to wake up to. It’s what’s been missing all these years! I am thoroughly enjoying it. And surprisingly enough, so is my hubby. I hope to purchase one for every bed in the house as I can afford to." - Stefani

Linen varies from a creamy white to greyish brown, the depth of colour depending largely on the time and condition of retting. It may be bleached to white or near white, or to any stage between the original colour and white. Linens are available on the market at the various stages of bleaching.

Linen possesses a natural crispness when ironed damp, thus does not require starching, and has a natural lustre. It becomes softer and more lustrous with use and laundering, so that a fine, long used piece of linen may have almost the feel and appearance of silk. Heirloom linens handed down from generation to generation may display these qualities. Good quality linen is very durable and will wear a long time. It is readily refreshed by washing and ironing, and can be ironed at a somewhat higher temperature than cotton, but it will scorch if the iron is too hot. When it is ironed, linen has an odour somewhat like straw. Ironing develops lustre, so if a dull finish is desired, linen garments should be ironed on the wrong side. Table damask is ironed on the right side to develop the lustre and enhance the pattern. Untreated linen feels cool to the touch and is one of our most absorbent fibres owing partially to its “wicking” ability. It absorbs very rapidly and also is quick drying so it is one of the most comfortable fabrics for warm climates. Resin finishes for crease resistance, while improving that quality, cut down on absorption and evaporation and thus decrease the cooling effect of linen.

Linen has sometimes been considered an expensive fabric, but today it is competitive in price with many other fabrics. Its durability should be taken into account when considering costs - it is the perfect choice for made to measure curtains and blinds and also for upholstery.

W.F. Leggett, after very intensive research into the history of linen, has written in The Story of Linen

“It is truly impossible to learn which of the many natural fibres were first used for textile purposes, or even to be sure how that particular fibre came to be used, but of the four chief textile fibres, wool, cotton, silk and flax, the last is unquestionably the most ancient. Some anthropologists even declare that it is possible that linen had its origin not long after the advent of man.

It is known that linen cloth was produced in Egypt long enough ago to be a well-developed art by 3400 B.C. This fact is attested to by the linen cloth in a number of varieties and textures found in the tombs of the dynasties which ended about that time. Although handmade, some of the cloth was very fine and sheer – some of it was even called “woven air” – having more than 500 threads per inch, a weaving feat which is not duplicated even by modern machines. A robe of this fabric, it is said, could be drawn through s small finger ring. On the other hand, coarse linen cloth comparable to the canvas of today was also produced.

The rank of the wearer is believed to have been designated by the type of linen burial cloth, the nobles and priests being wrapped in as many as a thousand yards of fine, smooth linen and slaves being wrapped in a few yards of coarse canvas like linen. All, however, were wrapped in linen for burial, for this fibre alone was believed to be “pure” and thus had religious significance. From ancient Egypt, with the rise of the sea travel and trade, the use of line spread all around the Mediterranean, Thence on to the other inland territories, and with the Roman conquest of England, to that country: at least fairly sophisticated manufacture of linen began in England at that time. Linen is frequently mentioned in the Bible as clothing and as partitioning and furnishing the temple of the Exodus in various ways.”